Madelyn and I had dinner at Panera Bread {her favorite mac ‘n cheese} a couple of weeks ago and I decided to live on the wild side and change up my normal Black Bean Soup order and enjoy the seasonal Autumn Squash Soup. This was a VERY good decision! I still love the Black Bean soup, but no soup can quite compete with the lovely lightly sweetened creaminess that is the Autumn Squash Soup. 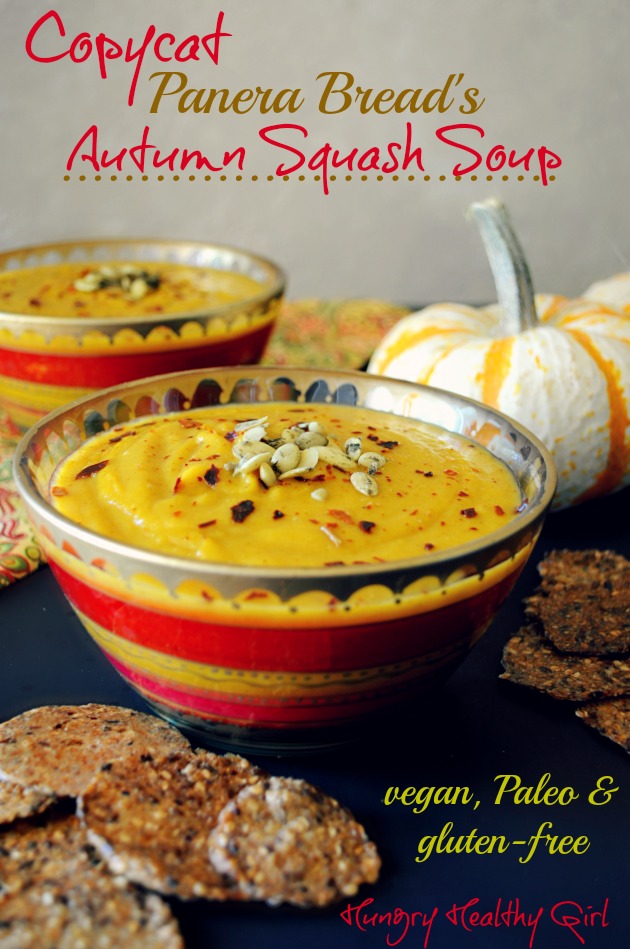 Ever since my Panera Bread visit, I was craving the squash soup, plus I had a Costco-sized carton of already chopped organic butternut squash {love that stuff} to use up.  I searched the Panera Bread website to see if they had a recipe for the soup online {sometimes they post recipes}. No such luck! I did come across other people’s copycat squash soup recipes; most of which included butter, heavy cream, whole milk and/or vegetable oil. I decided to take my chances with creating a butternut squash soup that may not taste like Panera’s Autumn Squash soup, but would hopefully at least taste good. 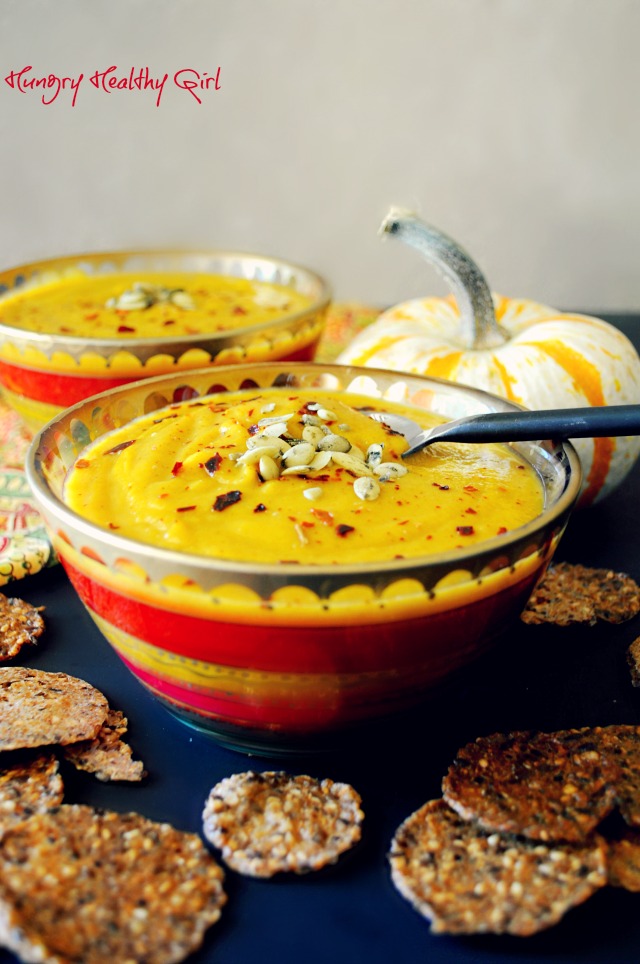 The description of the Vegetarian {mine’s vegan} Autumn Squash Soup on Panera’s website is as follows; a blend of butternut squash and pumpkin, simmered in vegetable broth with honey, apple juice, cinnamon and a hint of curry, then finished with sweet cream and topped with roasted and salted pumpkin seeds. I figured that I could use what I had on hand to closely resemble Panera’s recipe. I included the squash, vegetable broth, cinnamon and curry. I replaced the apple juice with a real apple and the sweet cream with unsweetened vanilla almond milk. I didn’t use any pumpkin and I left out the honey because my soup was sweet enough… I think from the apple. 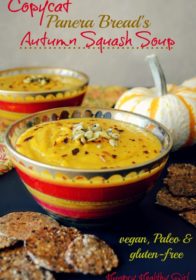 Check out the simple how-to below! 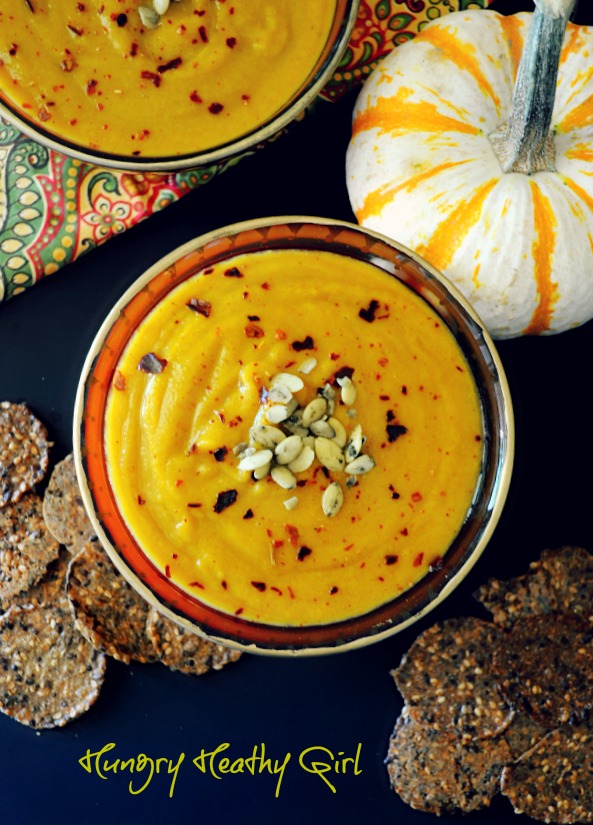 I am absolutely thrilled with how flavorful my soup came out and what do you know it was so similar to Panera’s squash soup that now I can’t even recall what Panera’s squash soup even tasted like. 😉 I’ve been eating the soup with grilled cheese and turkey sandwiches and it is my new favorite meal.

Have you ever tried making a copycat a recipe?

What food have you had at a restaurant, that you would love to recreate at home?

Do you ever eat at Panera Bread? If so, what do you like to eat when you go?

I’ve got so many Fall-inspired recipes to share with you, so join me back here tomorrow for another one! What would you rather see….. no-bake pumpkin cookies or applesauce bread?

If you love Copycat recipes, don’t miss these favorites! 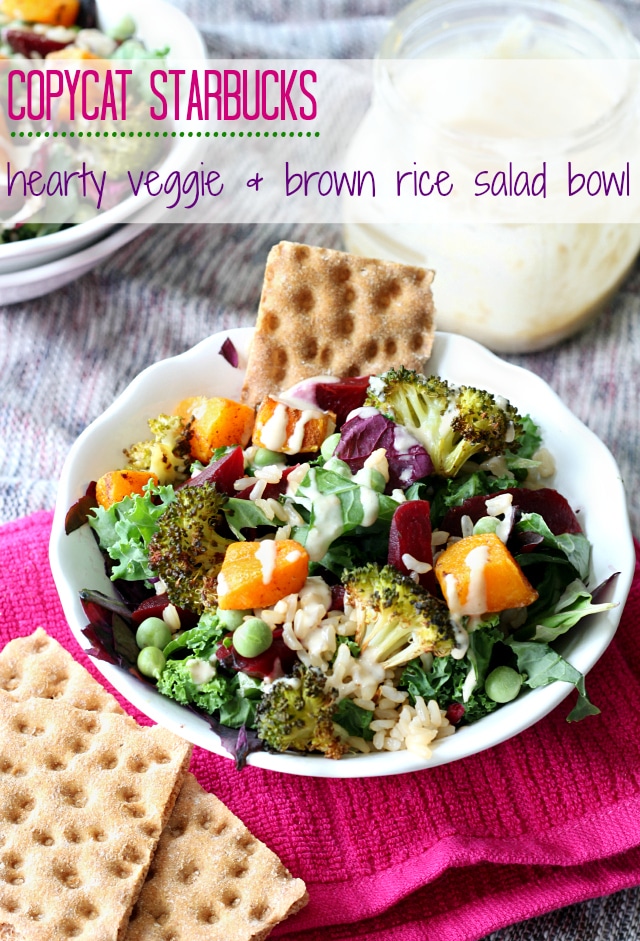 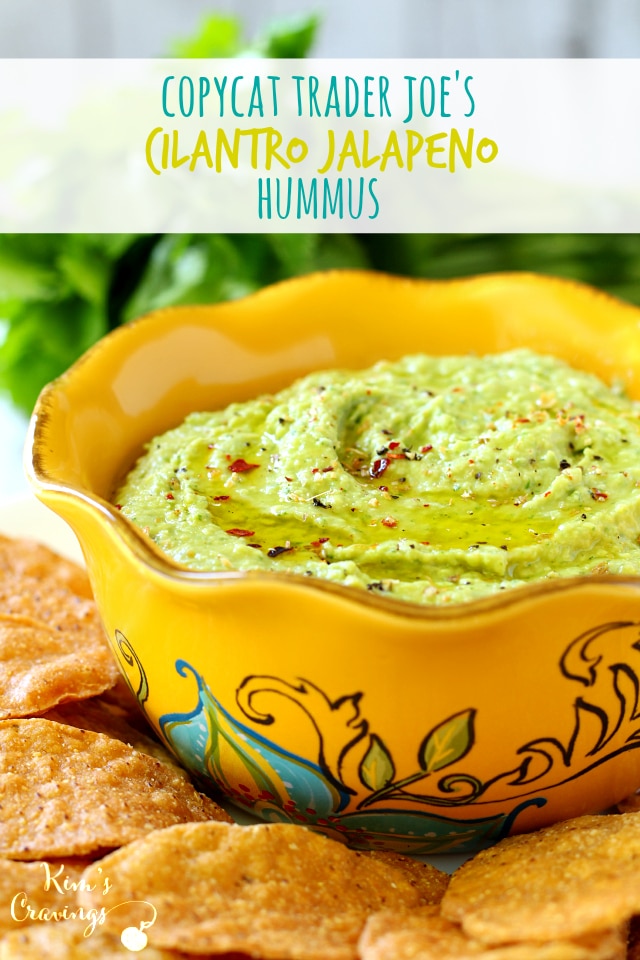 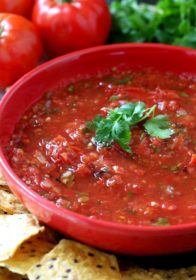 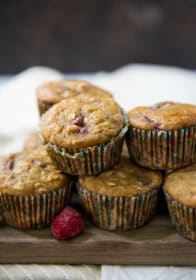 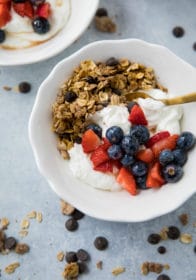 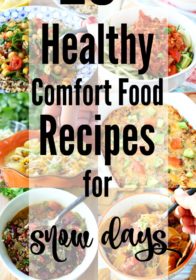 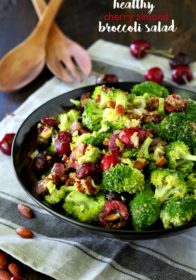 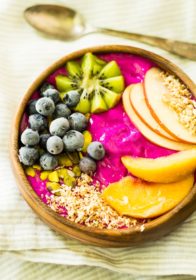