The Fun Night That Wasn't Fun

Well the plan last night, as I mentioned, was to take the whole family and go see Oz…..

Yesterday afternoon Madelyn and I slowly got around for the day, ate lunch and then headed out to hit up Trader Joe’s and Costco. She had been feeling much better, except for a cough she can’t seem to shake. This was her first time getting out since Monday, when she got sick.

Later after getting home and eating dinner; we decided to go to the 6:40 showing of Oz. I was sure to give Madelyn her cough medicine and we loaded up. Inside the theater it was very crowded, hot and stuffy and sure enough Madelyn started coughing and couldn’t stop. I kept thinking any minute she’s going to be okay. But as the trailers ended and the movie actually started….no such luck.

Anyway….Madelyn and I ended up leaving the movie and letting the rest of the fam enjoy the show. I’m actually glad we did walk out because the coughing didn’t get any better, for quite some time. 🙁

At least the grocery shopping was successful! Check out some new finds! 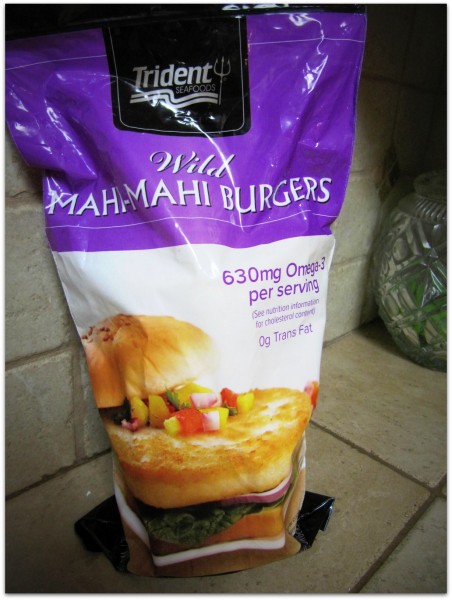 I’m a Chobani fan through and through, but I did decide to try out some Greek yogurt from Trader Joe’s. I wasn’t sure if I had enough Chobani mango Greek yogurt at home to make a mango smoothie, which as you can see with the mango chunks, I’m planning for later today. We’ll see if this can live up to Chobani….. 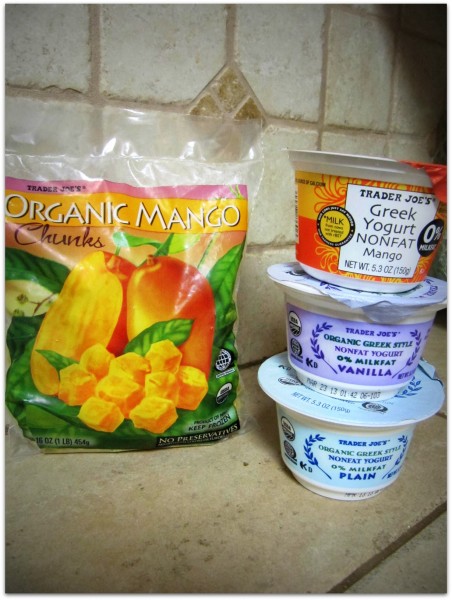 As you know, I’m a major fan of the premade Field Fresh Chopped Chicken salad from TJ’s. 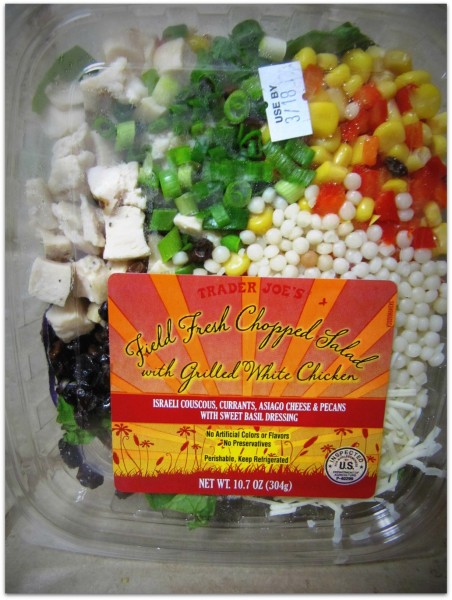 I decided to try a new one, though, that sounded fantastic. I hope it’s just as good. 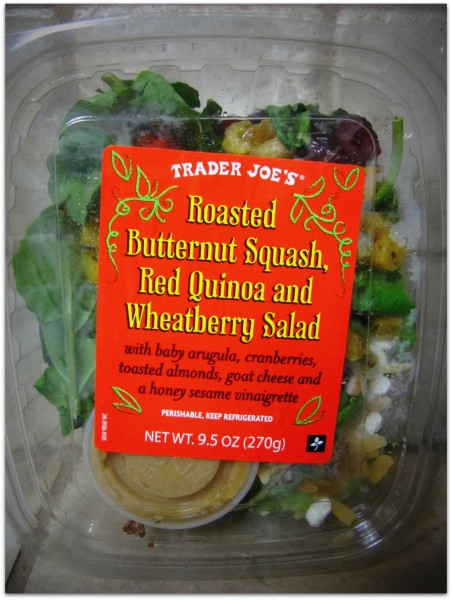 Here are a few more products that I’ve never tried. The coconut oil spray is brand new at Trader Joe’s and I was so excited to see it. It’s the same price as the olive oil spray…I think 2.99. I just used up the last of my organic reduced sugar strawberry preserves, which was very good, but I thought I’d try something new and got the blueberry. I’m planning on making fish this next week and I thought the lemon pepper seasoning would be a good try. 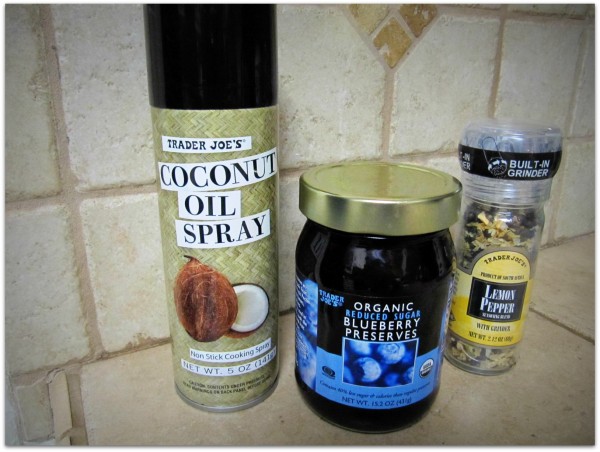 Costco was serving samples of these lentils. After tasting them, I had to have them. They are so good and almost taste like chili. I was thinking that they would make an easy meal served over brown rice with some roasted veggies. 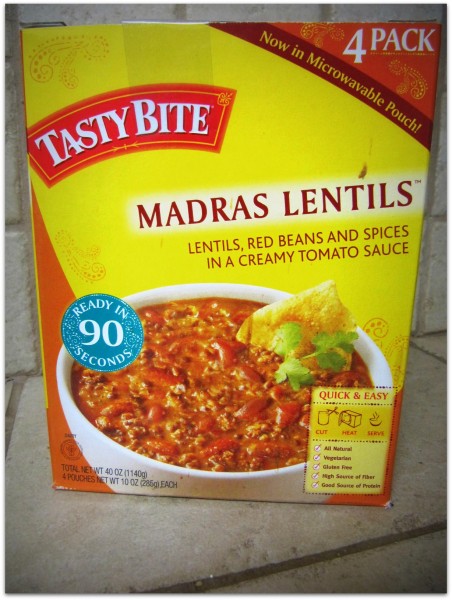 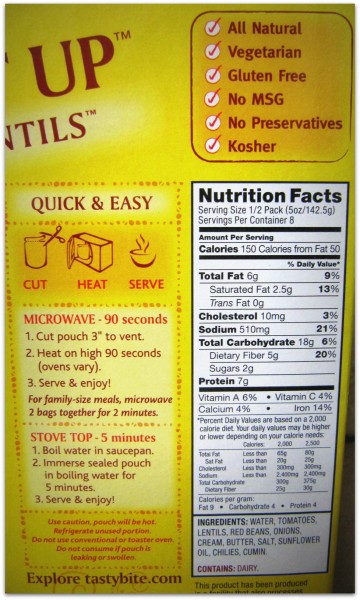 On another note….
I made Tina’s sweet potato pizza crust Friday night. It turned out fabulous. Seriously, how can you go wrong with almond meal and sweet potato….such a wonderful flavor. I did increase my recipe a bit, using 2 cups of sweet potato, 2 cups of almond meal, 2 egg whites and 1.25 cups of cheese and increased all of the spices just a bit too. I wanted an extra-large pizza and there have been times when making a homemade pizza that there isn’t enough {Brad’s a big eater}. There probably would have been enough with the original recipe….my crust came out pretty thick and I have a very large pizza pan. We also had leftovers. I didn’t take Tina’s recommendation and wrap my pizza pan in foil because I wanted the small holes to create a crispness to the pizza. There was a little bit of cleanup, but no big deal. 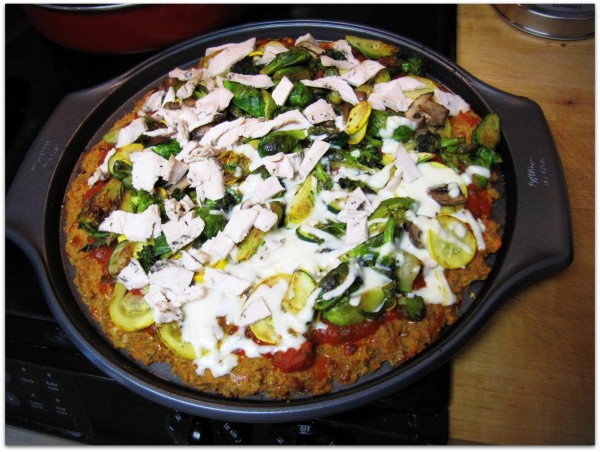 The crust might have been easier to handle had I not increased the size, but we couldn’t just pick the pizza up and eat it…..it required a fork. I topped the pizza with marinara, roasted squash, zucchini, broccoli, Brussels, mozzarella cheese {on my side} and chicken {mostly on his side}. It was mighty delicious and the perfect at-home meal for a Friday night. 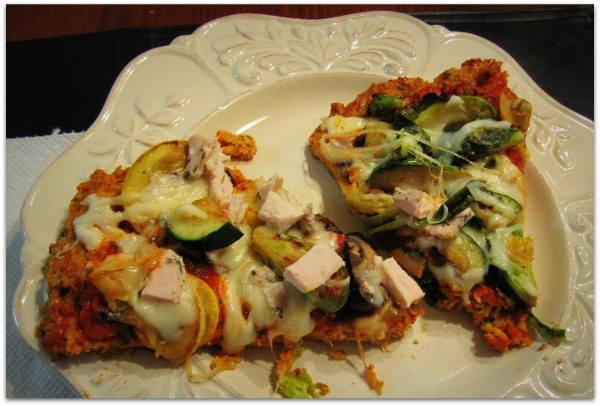 Have you seen Oz yet? Any plans to?

If you’ve been on Spring Break, are you ready for tomorrow? Yeah, me neither!

I’m sure you’ve noticed, the blog looks pretty crazy. Last night, I updated Genesis and WordPress and I really think that it screwed up after updating Genesis, not WordPress. I can’t figure out how to fix it and I’m waiting to hear back from my designer. Anyone have any tips for the time being?

Enjoy the last of your weekend and I’ll see you back here tomorrow for Marvelous in my Monday!

7 comments on “The Fun Night That Wasn't Fun” 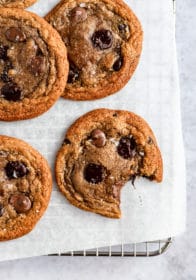 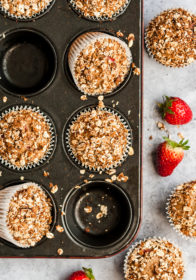 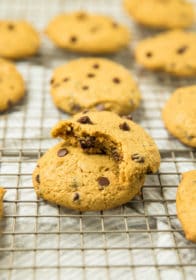 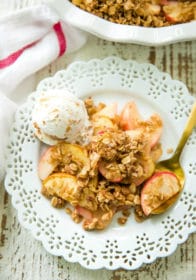 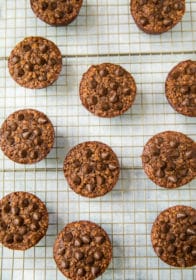 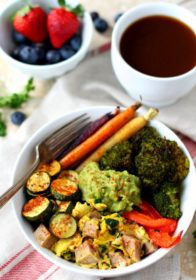